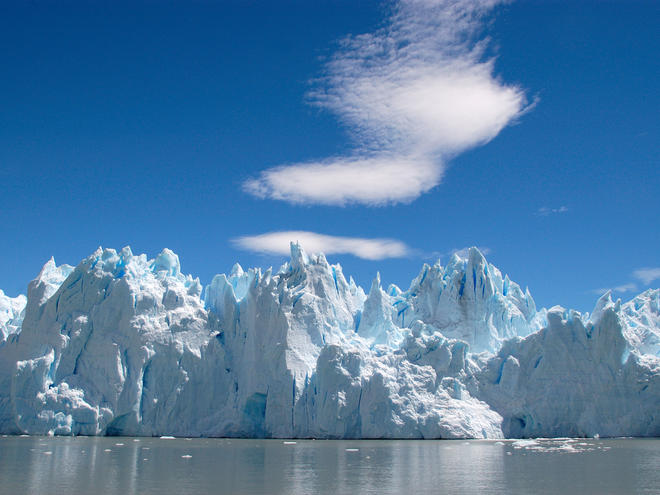 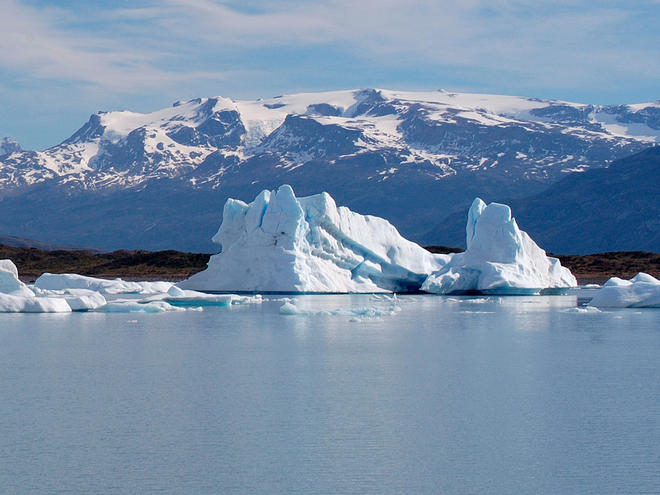 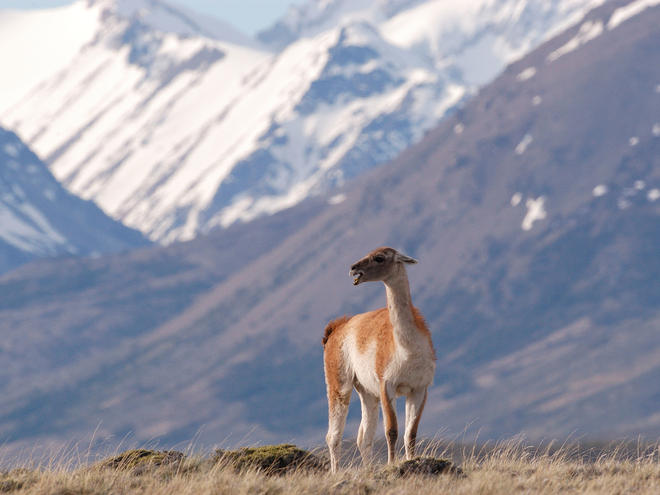 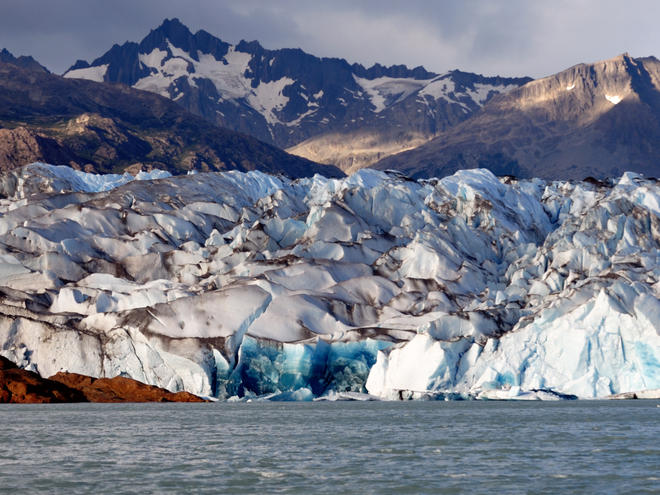 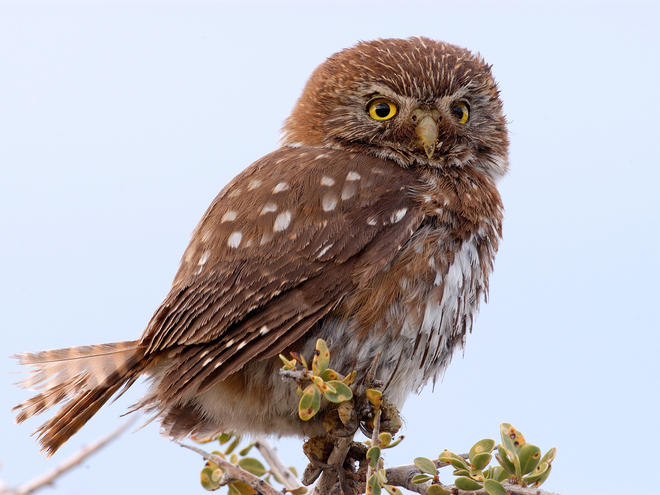 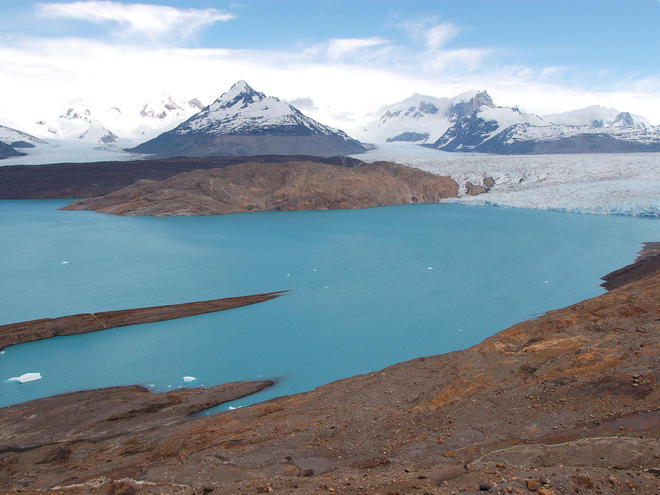 Every few years in southwest Argentina, at the edge of the Patagonian Andes, a massive arch collapses into the waters of Lake Argentino. It’s made not of concrete or stone but the ice of the Perito Moreno Glacier, one of South America’s biggest bodies of ice. The dramatic event–which is caused by melting water from the glacier and usually happens in March–draws huge crowds of tourists hoping to witness it.

But now, due to a hydropower project that has failed to comply with environmental protection laws, the Perito Moreno Glacier could be irreparably damaged–and its famous arch could disappear for good.

The threat of mega dams

The glacier’s fate is tied to the Santa Cruz River, which runs from Lake Argentino all the way to the Atlantic Ocean. A pair of mega dams in construction on the river’s banks could flood more than 135 square miles of the surrounding region–an area almost twice as big as Buenos Aires–and transform Argentina’s last free-flowing glacial river into a series of brackish pools.

The process of approving and building the hydropower complex has been marked by legal negligence, says Manuel Marcelo Jaramillo, director general of Fundación Vida Silvestre Argentina (or Vida Silvestre), WWF’s partner organization in the country since 1988. “Argentine law requires anyone building a dam to complete a detailed environmental impact assessment and share it with the public before they start construction,” says Jaramillo. “But Represas Patagonia, the company managing the process, started building the dams in 2016 without that assessment.”

Although the Supreme Court of Argentina stepped in to suspend construction until that legal requirement was met, the resulting environmental impact assessment was rushed, haphazard, and didn’t allow proper public participation, says Jaramillo. What’s more, the assessment covered just part of the landscape that could be affected by the project.

“We still don’t know all of the potential negative impacts these dams could cause if they’re completed,” Jaramillo says. But Vida Silvestre and other environmental groups know enough to be worried.

Saving an ecosystem under threat

The Santa Cruz River supports a host of migratory fish and other wildlife–including the hooded grebe, a critically endangered bird found only in Santa Cruz Province. Completing the dams could prevent fish from moving between key feeding and spawning locations and wipe out some of the hooded grebe’s most important remaining habitat. The project could also alter the natural hydrological processes that support the Perito Moreno Glacier, one of the country’s biggest tourist attractions. And the addition of two huge dams and multiple power lines to a region famous for its wild and pristine landscapes could also negatively impact local tourism, which many local communities depend on for income.

Demand for electrical energy in Argentina has grown rapidly in the past decade. If it keeps growing at the current rate, the country’s energy grid will need 40% more capacity by 2025. Jaramillo says the solution to that problem lies not in dams–which have a huge environmental impact and short life cycle–but in a mix of renewable energy sources such as wind and solar power, which are abundant in Argentina. Achieving higher energy efficiency could also significantly reduce demand.

“It’s not too late to halt construction on these dams and put the finances for them into renewables,” Jaramillo says. Doing so would ensure that nothing between the Perito Moreno Glacier and the Santa Cruz River collapses except for one famous ice arch.

16 Warm Gift Ideas For People Who Are Perpetually Cold

This story was originally published by Mother Jones and is reproduced here as part of the Climate Desk collaboration. In early March, just a week before the Midwest…

A Creationist Wants Rocks to Study. The Grand Canyon Says No.

A lawsuit by a creationist geologist brings to light a dispute between science and religion at Grand Canyon National Park.

4 Fat-Burning Barre Exercises You Can Do at Home

Want a long, lean physique? We give you permission to head straight to the barre. These ballet-inspired movements have been shown to flatten abs, sculpt thighs, tone…

Off the coast of Texas, a coral reef houses a vibrant nursery ground where young manta rays grow up.

Summer’s finally here, and in case you haven’t gotten the memo: You don’t want to be caught dead in carbon-intensive fashion right now. (Reformation…

8 Ways to Bounce Back After Disappointment

Sad but true: bad stuff happens to all of us. Relationships turn toxic and die, trips to the HR department end in pinks slips and tears, loved ones become ill.…

“Hope is a tiny, glowing thing that takes root,” Sylvi Stein says into the microphone, her words echoing through the nearly empty cavernous church.…