A woman from Blackpool has completed a huge triathlon in the French Alps to raise awareness of women’s reproductive health.

Andrea Mason swam 38km in Lake Annecy before cycling 330km around Mont Blanc before finishing the challenge with 170km run around the Ultra-Trail du Mont-Blanc route.

The ‘Sea to Summit’ challenge took the 39-year-old almost five days to complete.

Andrea was diagnosed with severe endometriosis and cervical cancer in 2017, resulting in major surgery to save her life.

It took her years to get an endometriosis diagnosis and after missing several smear tests – she is now on a mission to encourage women worldwide to attend or organise their smear tests.

She said on completion of triathlon:

It was bigger than I imagined, the impact on my body was huge, but every time I felt like stopping and considered giving up, I kept remembering why I was doing it. I thought about all the women out there in pain or who still hadn’t been diagnosed. That is why I put myself through this.

She has also created a new charity called ‘Lady Talk Matters’ and is asking people to donate to the charity following her endeavour.

She has said that all the money donated to the charity will go towards existing projects with the proceeds from this challenge going to Endometriosis UK.

It is not the first time that Andrea has subjected her body to physical challenges: last summer she swam the Channel, cycled from Calais to Chamonix Mont-Blanc in France, and climbed to the top of Mont Blanc, which stands at 4810m.

One Woman Can Change the World – CEOWORLD magazine

Have the Trump years forever changed how the presidency occupies Americans’ lives? – The Independent

Search for a snakebite drug might lead to a COVID treatment, too – News-Medical.Net

More than thirty nurse practitioners, licensed practical nurses and registered nurses reported in August to the Biloxi VA as part of planned response to Veteran… 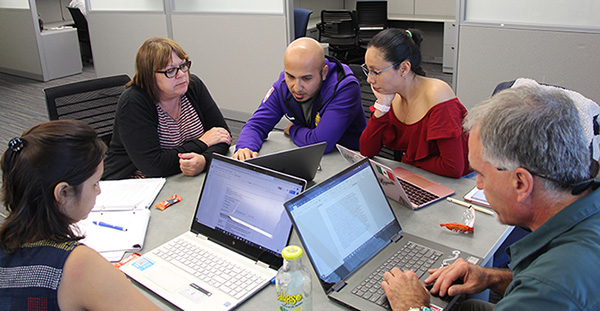