Books are some of the most powerful objects in existence – and, when they are given away to others, have an infinite capacity to change lives.

That is the central message of a new collection of deeply personal essays about the transformative power of giving, reading and receiving books, written by Robert Macfarlane, Philip Pullman, Roddy Doyle, Michael Ondaatje, Jan Morris and 18 other well-known authors to raise money for the global literacy charity Room to Read.

The idea for the anthology, The Gifts of Reading, was inspired by an essay Macfarlane has donated, on the books he has either given or received as gifts – along with the powerful human connections that are formed when such gifts are made. “If you are given a book by someone, and it speaks to your heart and shifts your soul in some way, you will always be grateful to the giver – because the gift has changed you and the way you see the world.”

The essay is one that he created, five years ago, to be a “gift” that he could give away to raise money for good causes. “The idea was to create a piece of work about giving, that itself ‘gives on’. Now it’s part of a much bigger book. And I have no idea where it will stop,” he says.

In his view, the gift of a book combines “a powerful force with a powerful object” – and that, he says, “can be really life-changing”. He hopes people who enjoy reading the “beautiful” 332-page volume will feel inspired to literally pass on the gift of reading The Gifts of Reading by giving copies away as presents, knowing that at the same time they are also helping to bring the gift of literacy to deprived children around the world.

All the authors involved have gifted their royalties from sales of the book to Room to Read, which runs educational literacy programmes for children, particularly girls, living in low-income communities around the world.

Pullman reveals in his essay that he was “deeply affected” by a gift of Emil and the Detectives that he received as a boy after his mother remarried. “I found it then, and still find it now, intensely moving,” he writes, adding that he was middle-aged before he understood why he empathised so much with Emil’s turmoil about his mother’s new relationship. “I think it illustrates an important point about giving books to children: we never know what will resonate with the reader or why. Reading is so private, the things that move us or frighten us are so secret, that the best we can do is guess.”

Salley Vickers, author of The Librarian and another contributor to the anthology, agrees that “gifts to children of books are hugely important”. She tells the Observer: “I think what books can do is give us a feeling of being understood. And I think that is one of the greatest gifts you can give anybody.”

She thinks the essays demonstrate how, in a world that has become “frighteningly divided” and “radically in need of social change”, books play an important role in enabling people to experience life in diverse ways. “I long to send the book to the current government but I don’t think they are intelligent enough to read it.”

Jennie Orchard, a Room to Read supporter who came up with the idea for the book, hopes sales will provide a much needed boost to the charity’s income. It has been hit hard by cancellations of fundraising events during the pandemic, at a time when, due to school closures, many children were not receiving an education.

“When children aren’t in school and aren’t becoming literate, there are long-term consequences for them, their families and their communities,” says Orchard.

There is so much to learn and uncover about the Scottish Highlands, says former Mr Scotland – The Courier 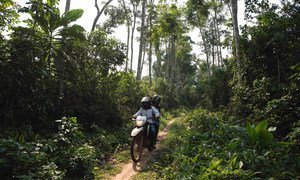 Caliphate, the 1619 Project, the Times, and the Culture – Editor And Publisher Magazine

Caliphate, the 1619 Project, the Times, and the Culture Editor And Publisher Magazine Jon Allsop | CJR It was a banner weekend for drama at the New York Times.…

Is the Premier League recession-proof? What summer transfer window says about sport's financial health  ESPN 11:48 AM ETTo what degree was the 2020 summer transfer…

Kiwis are about to vote on legal weed – will it boost Aussie pot stocks? – Stockhead

Kiwis are about to vote on legal weed - will it boost Aussie pot stocks? Stockhead Cannabis aficionados around the globe will be closely watching the general election…

What you need to know about the measures that could expand gambling, bring casinos to Nebraska – Omaha World-Herald

What you need to know about the measures that could expand gambling, bring casinos to Nebraska Omaha World-Herald LINCOLN -- Nebraska voters' decisions on a trio…

Ashland Elks opens doors to those in need – Mail Tribune